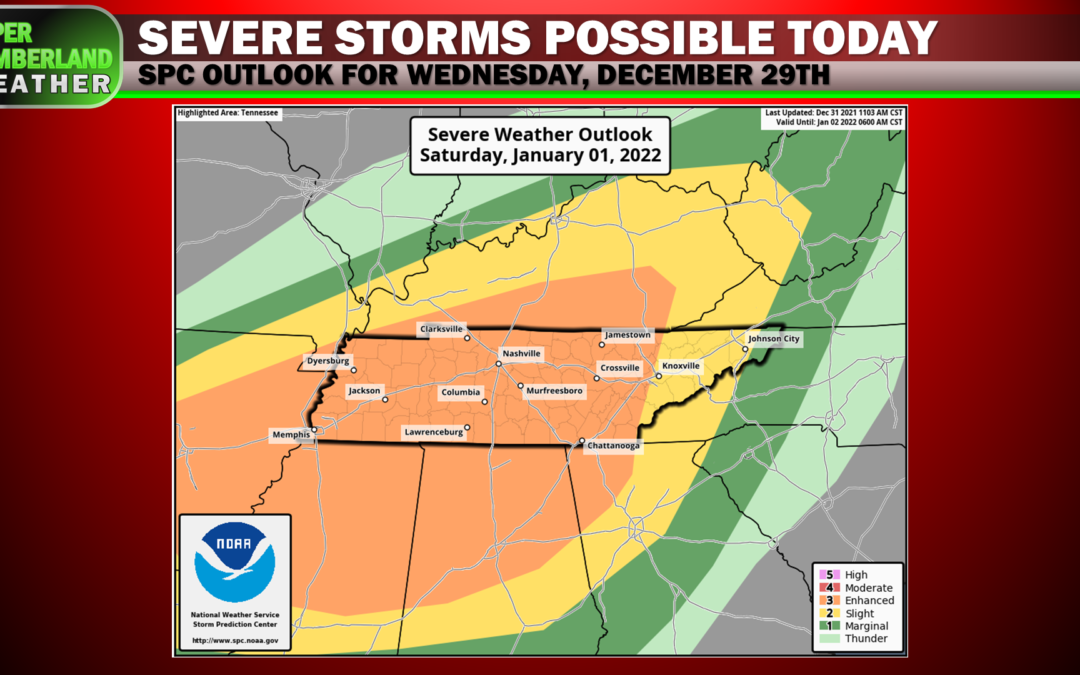 It was an active night just to our north across southern Kentucky where heavy rains of rain and strong thunderstorms set up shop just south of a warm front.

We’ll be keeping an eye to radar for our far northern counties near the Kentucky line over the next several hours, as instability is pretty high. It won’t take much for an updraft to get going and a strong storm to pop, but so far, we’ve avoided such activity.

I’m not sold on our northern areas seeing much of anything through late morning, but this is where any meaningful threat of severe weather will be located for the next few hours.

A Tornado Watch remains in effect until 7 a.m. for Clay, Macon, Pickett and Trousdale Counties. Those south and east are not included in this watch, and we’re not too worried about any severe weather development here through at least lunchtime.

Ultimately, it looks like Kentucky will keep most of this morning storm activity with much of our region remaining dry. A couple stray showers or thunderstorms are possible, but widespread activity isn’t expected.

Winds are already picking up this morning and will be quite gusty today at 10-25 mph with gusts up to 30-35 mph possible at times.

With muggy dew points and temperatures this afternoon climbing well into the 70s to near record levels, we all should know something is up, and indeed, storms will be on menu for our afternoon and evening.

A cold front will be on approach, generating a line of potentially strong to severe thunderstorms that will move through the Upper Cumberland between late afternoon and early evening.

Uncertainty still exists with how exactly this system will pan out, but there are at least some indications Middle Tennessee could see a few supercell thunderstorms develop that are capable of producing tornadoes (possibly strong and long-track).

We don’t want supercells, but they are a possibility today. Even the main event line could be segmented and feature embedded supercells, so in addition to damaging wind potential that would typically accompany a squall line, we may have to worry about tornadoes too.

All of the Upper Cumberland (and Middle Tennessee in general) is at risk of seeing severe weather today, and the timings mentioned above are our best estimates right now for our region. We’re getting to the point of doing more radar watching than looking at models.

We remain in the ‘Enhanced Risk’ the Storm Prediction Center issued for our area. Severe storm probabilities are broken down in the graphic below.

This is going to be an active weather day that won’t officially wind down until late this evening, so stay weather aware and have multiple ways or receiving alerts. We’ll provide live coverage for any warnings issued.