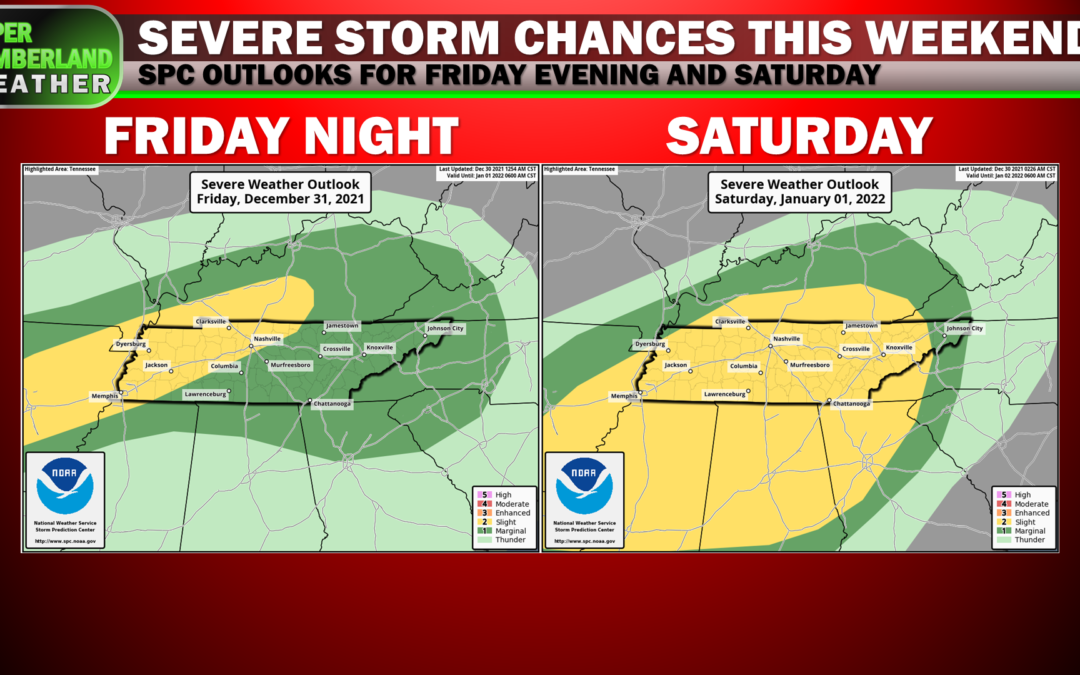 We made it through Wednesday without much of a fuss — just some heavy rain and a few pockets of minor street flooding in the usual suspect spots that quickly receded.

Onward we move, and we’re getting a nice break today before our weather turns active again. We awoke to dense fog in many areas this morning, but that should fade away quickly with clouds gradually clearing out this afternoon, allowing for a bit of sunshine to return, if you can believe it!

Meanwhile, a warm front will quietly lift north of us today, helping set the stage for our active weather pattern to resume tomorrow. More on that below.

Highs will remain mild today in the 60s areawide. Overnight lows will continue to be much milder than average in the lower to middle 50s.

We may see a few isolated to scattered showers break out Friday morning. This activity doesn’t look to be widespread at this time. Much of the day likely be spent mostly cloudy.

Enough instability will be present that we may hear a few rumbles of thunder with any showers that form.

Afternoon highs will be a bit warmer, ranging from the upper 60s on the Plateau to around 70° everywhere else.

Models are showing widespread showers and thunderstorms developing across the northern tier of the state and into Kentucky during the late evening and overnight hours Friday, potentially right as we’re ringing in the new year.

As of right now, the ingredients needed to generate severe storms are looking a bit limited, but the Storm Prediction Center has blanketed pretty much all of our region in a Marginal severe weather risk. Our northwestern areas are included in a Slight Risk that extends back into west Tennessee and western Kentucky where severe parameters will be a bit more increased.

We’re not anticipating widespread severe weather Friday night through early Saturday morning, but a couple strong to severe cells can’t be ruled out. Damaging, straight-line winds would be our primary concern in addition to a pocket or two of large hail, although an isolated tornado can’t be ruled out.

This activity will gradually lift northward into Kentucky during the early morning hours. Depending on where this band of storm activity sets up, it’s possible those near and south of I-40 — especially farther east along the Plateau — may not see much from this initial round.

It’s also possible this activity will remain north of us over Kentucky with the Upper Cumberland seeing little to no activity at all, although most models do point toward most of us seeing showers and storms.

It’s still very much wait and see at this point.

As far as New Year’s Day (Saturday) is concerned, it’s looking like we may spend much of the day dry as we await the passage of a very strong cold front either late in the day or during the nighttime hours.

The frontal passage will bring our greatest chance of seeing severe storms along what’s shaping up to be a QLCS ‘squall line’ type event.

SPC has designated our entire region as ‘Slight Risk’ in their Day 3 severe weather convective outlook with all modes of severe weather possible, including damaging winds, large hail and even a few tornadoes.

The good news is this looks to be an evening event when most of us will be awake, so hopefully that trend will continue in later model runs.

In addition to severe weather, we’ll also have to monitor for localized flooding issues to potentially develop, especially coming on the heels of the rain event we saw last night in addition to any rain we see Friday night, as the ground will be extra saturated with creeks and streams elevated.

As of now, we’re expecting about 1.5 to 2 inches of rain between Friday and Saturday with locally higher amounts possible.

Significantly colder air will filter in behind the frontal passage Saturday night. We’ll wake up to temperatures in the lower 40s Sunday afternoon with reinforcing colder air arriving in the afternoon.

It does appear we may still have enough moisture in place as the cold air arrives to allow for snow showers across the region Sunday afternoon, but it’s quite doubtful we’ll see any meaningful accumulation, especially with temperatures not expected to fall below freezing until the last of this moisture is moving out.

For now, it’s only looking like those on the Plateau could manage a dusting from this event.

Of course, much can and will change with this forecast, so stay tuned. Our main focus for now is going to be on the preceding severe weather threat.